You might think from the title that this may be somewhat of an over exaggeration, but I assure you from where I’m sitting I have never known a natural substance hold so many life changing benefits. 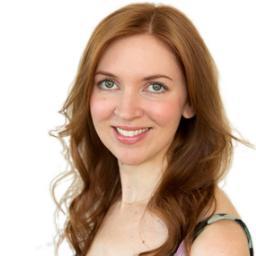 I’m Sophie currently 38 and living in the UK. Since the age of about 30 I had been suffering from severe acid reflux, and I mean BAD! I was getting through a box of indigestion tablets a day and still nothing would put out the fire in my chest. I went to see my doctor and he prescribed me charcoal based pills that I was to take daily for the next month. These did help initially, but it wasn’t long until it returned in full force. Some days it was so bad I had to call in sick from work. That is when I decided to take things into my own hands and do some investigating.

After a few days of searching online I came across your website (applecidervinegarhub) and in particular one article that talk’s about its uses treating acid reflux and chronic heart burn sounding like it was well worth a shot I headed out to a great local health store near where I live and purchased my first bottle of ACV.

I forget the brand name of that first bottle I bought but haven’t forgotten the taste. Being somewhat naïve I decided to try a small sip when I got back to my car. That was a mistake! There was an intense burning sensation as I swallowed the liquid but unlike say whisky or gin this burning didn’t seem to stop. After a few minutes I had to dash into a local sandwich shop and purchase a bottle of fruit juice to wash down the taste.

The next time I drank some acv things went a lot smoother. I had read that you are meant to add a couple of spoonfuls of apple cider vinegar to your water in the mornings and that ice and even honey can be added to make the taste more palatable. I can tell you now this was a massive improvement than the day before in the car, I honestly enjoyed the drink and the honey helped to stop any burning sensation I was worried about returning.

At this point there had not been any marked improvement of my acid reflux but I was prepared to give it a good go so decided to persist. Fast forward 2 weeks of regular use and things had improved drastically. I was at work and a friend of mine called Jess said ‘how’s the heart burn been lately?’ And that’s when I realized it. Apple cider vinegar had done it, and so well for that matter that I had completely forgot about the hellish health issue that had plagued me for all those years. This revelation made me ecstatic.

One of the first things I did was to head back to the website that had given me the idea and thanked them, making sure to let them know how much it helped me.

All I can say is that from now on there will always be a big bottle of apple cider vinegar in my house!